Egypt: A complex equation
In reality, the Brotherhood and Al Nour's political forces and visions differ greatly from their Islamist ideologies

It is not easy to assess what is really happening in Egypt. After the first round election results, all hypotheses remain possible; the outcome is unpredictable. The two Islamist parties, Freedom and Justice representing the Muslim Brotherhood and Al Nour, representing the Salafists, have emerged as the main political forces in Egypt, giving rise to questions about the nature of the future state. 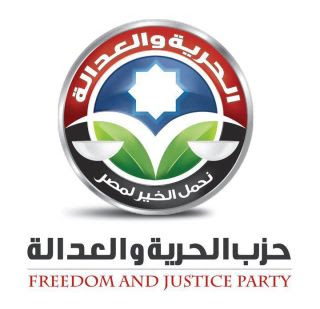 Things are moving rapidly and many elements are surprising, unclear and even unknown: it is difficult to identify not only the protagonists but also the new alliances that are taking shape at this historical turning point.

In less than six months, the Salafist movement has completely changed its ideological and religious position toward “democracy”. Their leaders had been repeating for years that “democracy” was not Islamic, that it was even kufr (rejection of Islam), and that true Muslims should not take part in elections — or in politics at all — as the whole system is corrupt to its very foundations.

Then, suddenly, the Salafists set up a party, started to be active everywhere in the country, producing leaflets and booklets, calling the people to vote for them and, if not, at least for the Brotherhood. Their 180-degree turnabout was as quick as it was surprising and curious. How could they now declare to be Islamically legitimate what only yesterday they called kufr? How can they ask the people to vote for the Brotherhood who they constantly criticised, almost from the beginning, as being too far from “true Islam”, too open to harmful innovations (bida), and, in a nutshell, too “westernised and modern?” Why are the Salafists changing so dramatically?

It is not the first time we have observed such changes among the more literalist and traditional Islamic organisations. In the mid-nineties in Afghanistan and Pakistan, the Taliban refused to consider political involvement; for them it was Islamically wrong. In less than eight months, they organised themselves into one of the main forces in Afghanistan and got involved politically.

We later learned that they had been pushed into that position under Saudi pressure (even though the Saudis considered the Taliban to be following a distorted Islamic school of thought) in response to American strategy in the region.

The Americans have never had a problem in dealing with the more literalist Islamist trends. On the ground, in Afghanistan, as today in Egypt, the Salafists are playing a contradictory game: they have adopted a completely new — for them — Islamic position, while in practice they work for the very interests (such as those of the US) that they reject and demonise in theory.

The same scenario may well be unfolding in Egypt today.

The problem with the Salafists and the traditionalists (such as the Taliban) is not only their interpretation of Islam (literalist, narrow-minded and often obdurate) but also the potential use that can be made of their presence in political terms. No one can deny they can be (and very often are) religiously sincere. At the same time, they are politically naive and easy to manipulate. This became clear in Afghanistan and may hold true in Egypt again.

The world is looking at the first-round election results, and concluding that the two Islamist parties account for almost 60 per cent of the vote (as there should be a natural alliances between the two). That might be a completely wrong interpretation. It is possible that the Al Nour party may have another role to play in the Egyptian equation. Supported, ideologically and financially, by the Saudi government, it may emerge as one of the actors of America’s Egypt strategy.

Al Nour would be a tool to weaken the Brotherhood’s influence and power by forcing it into risky alliances. If the Brotherhood chooses to conclude a pact with the literalists it will very quickly lose its credibility and put itself at odds with its proclaimed reformist agenda. If it decides to avoid the Salafists, it would have no alternative but to consider an alliance with other political forces (which are very weak) and mainly the military, which remains very powerful.

The Brotherhood decided to contest only 40 per cent of the electoral positions and not to contest the presidency. It announced it would be an active and key political force but would avoid exposing itself. This strategy was a way to appease the West and to avoid losing its credibility, as it would be acting in a more discreet mode.

The Brotherhood now finds itself in a very tricky, and for it, quite a dangerous, position. Al Nour may become the strongest enemy of the Brotherhood and the objective ally of the military. On the ground, the two Islamist parties invoke the same references and promote several common objectives; in reality they represent quite distinct political forces and visions.

Over the years, the Brotherhood has shown how pragmatic it can be: evolving with history, adapting its strategy and diversifying its contacts (Saudi Arabia, the US, the European countries, the emerging countries, etc). It seems it will not be possible for the Brotherhood to avoid dealing, one way or another, with the military.

There were rumours of an agreement but nothing was clear: now it seems such an agreement is quite unavoidable. This is what the US government, which is maintaining close links with the generals, is working for in order to keep some control over the situation.

A civilian face such as Mohammad Al Baradei (also close to the Americans contrary to what is said) might be democratically elected later, yet true power will be elsewhere.

Despite what we have witnessed over the last few weeks, it would be better to suspend judgement and remain cautious in our conclusions. Egypt is a critical country in the Middle East and neither Israel nor the US will remain passive onlookers when the Egyptians choose the Brotherhood, whose ideology is the same as Hamas’s (when it comes to the Palestinian-Israeli conflict).

Some other regional actors, which do not really care about democracy, such as the monarchies, are playing a key role in neutralising the Islamist forces. And, in any event, these forces still have much to prove; no one knows whether they will keep their promises when in charge.

The way towards democracy in Egypt is far from transparent; we should avoid taking appearances for realities. Islamists might work against Islamists just as a democratic western government might support a non-democratic military apparatus. This is politics; we must remain vigilant even in our optimism. Religious or not, sincerity in politics is never enough.