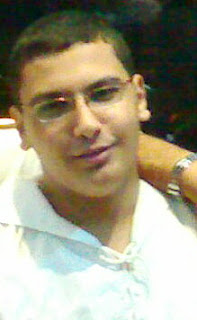 
Three months ago, I was coming back to Egypt from Turkey after a 10-day trip. My friend, Magdy Saad, and I were held in the airport for two days, and then I was transferred to the state security office in Mansoura, where I am from. After a week of detention and daily investigations, I was released, without them even blaming me for anything.

Shortly after, Dr. Abdel Moneim Aboul Fotouh, a member of the Muslim Brotherhood’s Executive Bureau and the Secretary-General of the Arab Doctors Union, was arrested with fake charges that have no judicial foundation. Aboul Fotouh is one of the few men who could clarify the ideology of refusing takfeer (claiming someone an apostate) and violence within the Muslim Brotherhood in the 1970s and 1980s.

Aboul Fotouh was the leader of the “reform trend” within the Muslim Brotherhood. He has reformist ideas related to women’s role in society, he supports women and Copts to be president and he is also one of the most acceptable faces in the MB in terms of youth and all colors of the political spectrum in Egypt.

Three days after Aboul Fotouh’s detention, state security arrested Dr. Ashraf Abdel Ghafar, the Deputy Secretary-General of the Egyptian Medical Association, at Cairo International Airport on his way to Turkey. Since then, he has been arbitrarily detained, tortured and has been unable to receive his necessary medical treatment, according to al-Karama Human Rights Center.

Okay, these incidents are all in a series of violations that were committed against moderate Muslim Brotherhood members in Egypt. These arbitrary detentions are all evidence that the Egyptian regime won’t walk a step in the direction of democracy and respecting freedom of speech and human rights in the country.

I think we should talk to the Egyptian government and ask for reforms, because any reforms made by the Muslim Brotherhood will be a waste of time in such an autocratic regime. We all are asking the MB to make reforms and compromises, without considering the circumstances surrounding the Brotherhood itself.

The point here is that the Egyptian government does not allow moderate Islamist groups to work in a free and democratic atmosphere. This has opened the door for Wahhabis and Salafis (ultra-conservative Islamic sects) to fill the gap. We have now more radicals who don’t believe in women’s roles in society. We are meeting everyday more and more people who are refusing democracy and modern law. They are saying this due to their erring views of Islam.

Closing doors in the face of the Brotherhood in Egypt by banning them from using legal means to talk to the Egyptian people will open the same doors that enable people to receive wrong values from the Salafis and Wahhabis.

The Brotherhood got rid of the Qutbic (Sayyid Qutb-led ideology) ideas of takfeer by spreading ideas of the late Supreme Guide Hassan al-Houdaiby, who wrote the famous book “Preachers not Judges.” So, the only way in fighting the misconceptions of Islam is to open the door for moderates.

I believe that one of the most successful ways to get rid of extremism and violence in the modern Islamic culture is to allow the MB, as the largest moderate Islamist group, to spread their ideas freely in a democratic way. If this does not happen, we all will suffer from terrorism and extremism in Egypt and the entire world.

But thats not what the government wants
It wants Egypt to remain in a state of coas, violence and absence of democracy, and thats why it arrests Ikhwan because are the true democrats in Egypt.

Great article Abdelrahman m/a! Excellent point about how stifling the “moderate Islamist” voice has led to a vocal fringe (namely, the extremists) to have the microphone all to themselves. Then the government can turn to the West and say look at these big bad scary extremists! We can’t give up our tyrannical rule now or the boogeyman (aka the Muslim with the big beard) will take over the world .

I only have two comments though and it’s really just a matter of semantics:
1) You said “This has opened the door for Wahhabis and Salafis (ultra-conservative Islamic sects)”. This indicates to me that you see Wahhabis and Salafis as belonging to the same category, although I always felt that “wahhabism” connotes a much more political ideology than Salafism which I see as more of a religious movement or school of religious interpretation. This, of course, holds true from the theological perspective as Abdul-Wahhab and his followers have serious anthromorphic trends in their theology that Salafis do not have (I believe). But I’m interested to hear your opinion from the political perspective, would you say these two trends fall under the same political categorization?

2) I have an intense dislike for the terms “moderate Muslim” and “moderate Islam”. The term moderate Muslim implies that one is moderately Muslim or that it is a moderate version that emerged after the modifcation of an originally extreme religion. From a sociological perspective I prefer “mainstream Muslim” as I believe the mainstream in the Ummah hold views that would be considered “moderate” by those who like to use that term. But I realize that when we’re speaking of political trends the term mainstream doesn’t work. I wonder if there is a different term that is more accurate than “moderate islamist” when describing this political trend. Maybe “reformist” as long as we’re speaking of reforming the party and not reforming Islam. Have any suggestions?

abu muhammad El-Merbawiy, MY 17 February 2010 4:32 AM
Your comment is awaiting moderation.

Congratulation, to your works in journalism especially on Moderate Islam – this is the main agenda to be presented to the west and those among Muslims who do not believe in Islam as the way of life – Islam ad-Deen wa al-hayat. Be patient to the rest of family for the detention of our beloved young author. My love to you for the sake of survival Islam in the future. I had restored your article into my blogspot.

Your MY brother.
Posted by Abu Muhammad el-Merbawiy at 6:34:00 PM

Dear Brother Abu Mohammed,
I'm really honored by your opinion. and I'm sure that that the west will change his mind towards Islam and Muslims if he know about the reality of Islam and how Moderate Islam is.
Thanks for reposting my article,
All the best
Abdelrahman Ayyash