MB lashes out against Egypt gov’t over terror charges 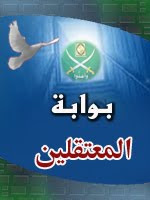 CAIRO: Egypt’s most powerful and popular opposition group the Muslim Brotherhood has lashed out against the Egyptian government for its detaining of three top leaders and 12 others from the Islamic group last week. In a statement from the group’s leadership, the Brotherhood called for a re-examination of how the group functions, non-violence and its democratic principles.

“The MB is based on reform on the basis of correct and complete Islam through all and any peaceful means,” the statement said.

Top leaders, including deputy Mahmoud Ezzat, spokesman Essam el-Erian and Abdel Rahman al-Bar were detained in early dawn raids last Monday. Government prosecutors have charged the three leaders, and 12 others, with attempting to form a sub-group of the Brotherhood that aimed to carry out terrorist attacks against domestic Egyptian targets. All charges have been denied by the Brotherhood.

“The regime should abandon the destructive means and measures it follows which seeks to undermine the identity, culture and civilization of the Egyptians,” the statement continued.

It said that the crackdown against the Brotherhood would not affect, “or distract” the group from their efforts to reform and work toward democracy.

“We will not be deterred from our approach and method of reform and gradual and peaceful change. Our main strategy in the next phase will be the continuous work of the MB to ensure the achievement of our goals, which we seek through all means of a constitutional and peaceful struggle by extending relations and dialogue with all internal parties for the interest of the nation,” the MB said.

Analysts have repeatedly said the government is attempting to weaken the group in the eyes of the public ahead of Parliamentary elections in November. Diaa Rashwan, a top Islamic parties scholar at the al-Ahram Center for Political and Strategic Studies, was quoted by local press as saying this recent crackdown and arrest campaign is “similar to what happened in 1995, some 10 months before Parliamentary elections.”

“These arrests are aimed to silence all opposing voices of the honorable citizens; hence we call upon all the national forces to condemn these campaigns, expose it and unite together in the face of tyranny and corruption,” the group said.

One activist, who asked not to be named, said the leaders were arrested after they had called for greater participation in government from other opposition parties and groups.

“The week before they were arrested, Erian had announced the Brotherhood would support candidates from other parties this November in an effort to ensure greater democracy in the country,” said the activist, who has close ties with Egyptian political leaders. “The government does not want them to do this because that would mean opening up more options for president if other parties have greater representation in Parliament.”

The Brotherhood said the measures taken by the government are an attempt to “distort the reputation and dignity of Egypt and deprive the citizens from effectively playing their creative roles in the interests of the nation and homeland.”

All those MB members arrested last week have been remanded for a further 15-days pending investigation. It is unlikely they will be released in the near future, the Brotherhood’s top lawyer Abdel Moneim Abdel Maksoud told Bikya Masr.