Today, 9th April marked the 63rd anniversary of the massacre of Deir Yassin. The tragedy that unfolded in the wee hours of Friday, 9th April 1948 became the symbol of Zionist aggression and persecution on the Palestinian people. It became the symbol of fear that gripped the whole nation, triggering the mass fleeing of the Palestinian from their homes and their homeland – never to return. 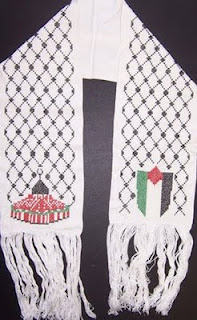 One of the Zionist terrorist organization, Haganah, swept the village and started the killing spree by lining up 33 people against a wall who were guest at a wedding reception and spread them with bullets killing all but one child who lived to tell the terrible ordeal. He related the event in such gruesome account “Everyone dropped down dead, except us children, because we hid under the corpses. But I got hid in my side. They kept on firing. Minutes later, a bullet made the head of my four-year-old sister explode. The rest of my relatives-my parents, grandparents, uncles, aunts and cousins –have all lost their lives.

Acting like beast craving for blood, they killed and maimed with such sadistic manner. Hanan Khalil, who was 16 at that time saw with his own eyes how the Zionist terrorists, both teenage boys and girls slitted their helpless victim from head to toe and let them die a painful slow death. Pregnant women, 25 of them were bayoneted in the abdomen and the fetus were taken out, while the mother was still alive, breathing their last witnessing the indescribable horror done on their babies. Fifty two children were maimed and beheaded before their mothers, an act that was clearly orchestrated to instill paralyzing fear on the Palestinian populace. It was mind-boggling for a people who claimed themselves to have gone through the greatest ordeal they call holocaust to behave in far cruel ways than what they have suffered in the hands of the Nazis.

The Irgun, another terrorist and Zionist thugs finished off what their Haganah counterparts have started. The notorious Irgun was lead by non other than Menachem Begin, who was destined to become the future Prime Minister of the illegitimate state of Israel. He still has blood in his hand when he was jointly honoured with Anwar Sadat with the prestigious nobel prize for peace following the Camp David peace treaty between Israel and Egypt in 1978, an event that have crushed the dignity of Palestinians and Egyptians alike. Both the Palestinians especially in Gaza and the Egyptians were held hostage by the so called peace treaty until Hosni Mubarak was forced to leave office in February 2011, giving a glimmer of hope to both sides of the Rafah crossing.

Menachem Begin who with the other teenagers back then busied themselves with what they called as ‘the mopping up operation’. Red Cross doctors who came to the scene described ‘the mopping up operation was carried out with sub-machine guns, bayonets and knives with not a single person was spared alive. The victims died in the most gruesome manner, unlikely done by human beings with conscience. Those who escaped death were either concealed by piling corpses or fallen bricks. In all 250 people were killed in cold blood. British security forces were fully aware of the unfolding tragedy but they took no initiatives to stop them. It was a collusion between the Zionist and British Imperial design. Deir Yassin is needed to hasten the birth of Isreal. Menachem Begin summed up the orgy of killings at Deir Yassin in his book The Revolt


“Without what was done at Deir Yassin there would not have been a State of Israel. He

Added further: While the Haganah was carrying out successful attacks on the other fronts


Deir Yassin was a culmination of scores of other atrocities committed by Jewish murderous thugs spread across Palestine. Every city; Jenin, Beersheba, Haifa, Yaffa, al-Khalil, Baisan, Nablus, Akka had all had their share of untold sufferings. The ring leaders who executed those heinuous crime later rose to become ‘statesmen’ and ‘men of peace’. Other than Menachem begin, notorious personalities like Ariel Sharon and Shimon Peres were teenagers in the 1940’s who killed with impunity. This was the modus operandi of the Zionist and it remain unchanged to this day.

PACE remembers Deir Yassin as a crime against humanity that has to be urgently redressed by the world community. The only way to heal the gaping wound that still bleed to this day is to free Palestine from occupation and persecution. No matter how long this is going to take, we will press on for freedom has been destined for the Palestinian people and that day is drawing near indeed.